While I've been iterating on my DM screen I've been adding my own tables and rules such as weather, treasure, and random encounters. It's been an interesting process, attempting to stick as close to the original rules as much as possible while simplifying and/or taking a creative liberty or two.

Encounter building budgeting has probably been the most involved but I eventually came up with the following:

Half CR again for levels 1 to 4

The ratio that you split that budget might be interesting but isn't something I've play-tested yet but the maths should work out about right. Sort of. Maybe.

Let me go back to the start...

My previous DM screen included an edited version of the table from Sly Flourish's encounter building guidelines but this time around my first attempt included a to graphical representation of Mike/Sly Flourish's equations:

Not wanting to accidentally steal someone else's work (again*) and with the aim to find a method not based on ratios, I went and made a CR budget spreadsheet to determine my own rules for eyeballing the potential lethality of an encounter.

And then I colour-coded it.
Because I like pretty spreadsheets.
Don't judge me.

The aim was to compare the Dungeon Master's Guide, Xanathar's Guide to Everything, and Sly Flourish's guidelines versus whatever I came up with to ensure that my rules were reasonably sane and accurate (for a given value of both).

The darker/stronger the colour, the higher the value vs the other similarly coloured values (eg. all 8 monster columns are blue).

I've locked down all but the most interesting cell, B1: the number of PCs in a party. Adjusting that cell updates the equations across the entire sheet (bar Xanathar's) which in turn updates the graphs on the far right.

While not exact and worked out primarily through trial and error, the fractions I set out for party level roughly keep pace with the DMG figures, becoming more deadly the greater number of PCs and less so with fewer.

I added the "half CR for levels 1-4" rule when I noted they were simply too deadly and it keeps the maths simple though does drop the lethality a fair amount.

Here are the graphs for a four person party: 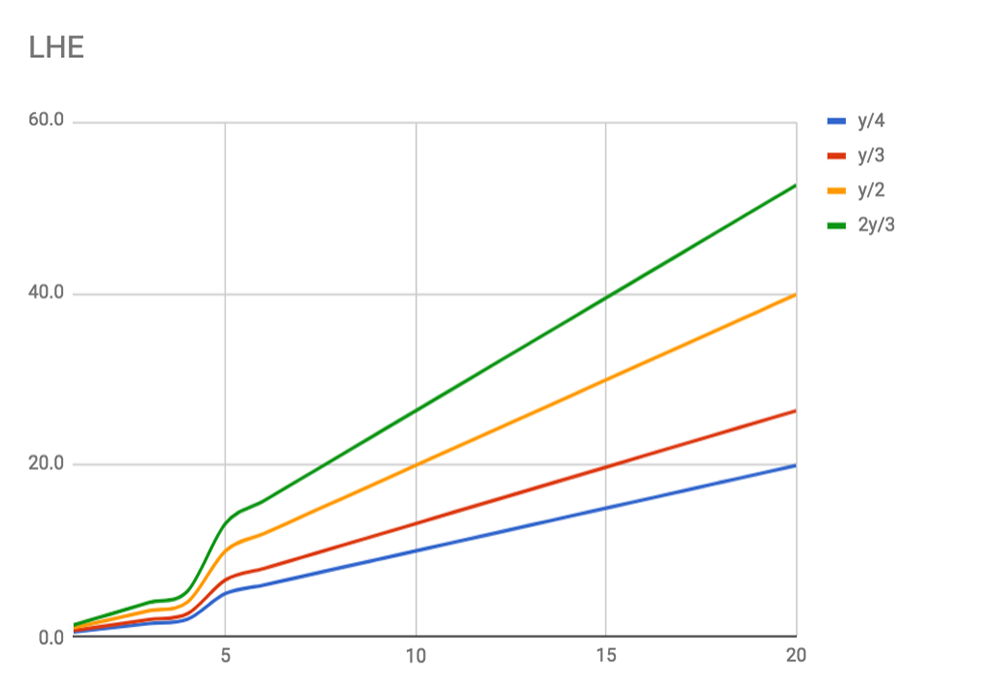 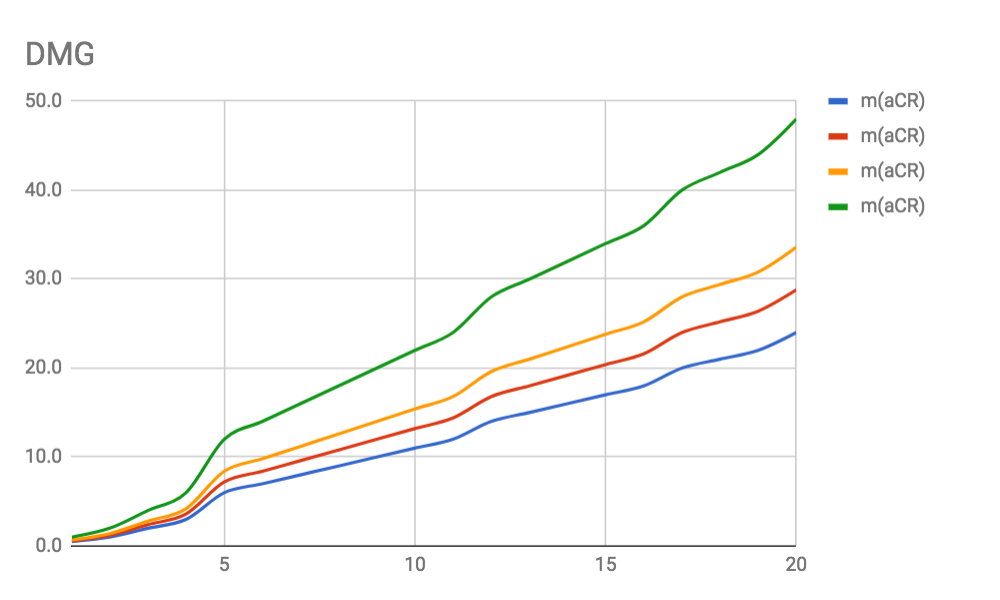 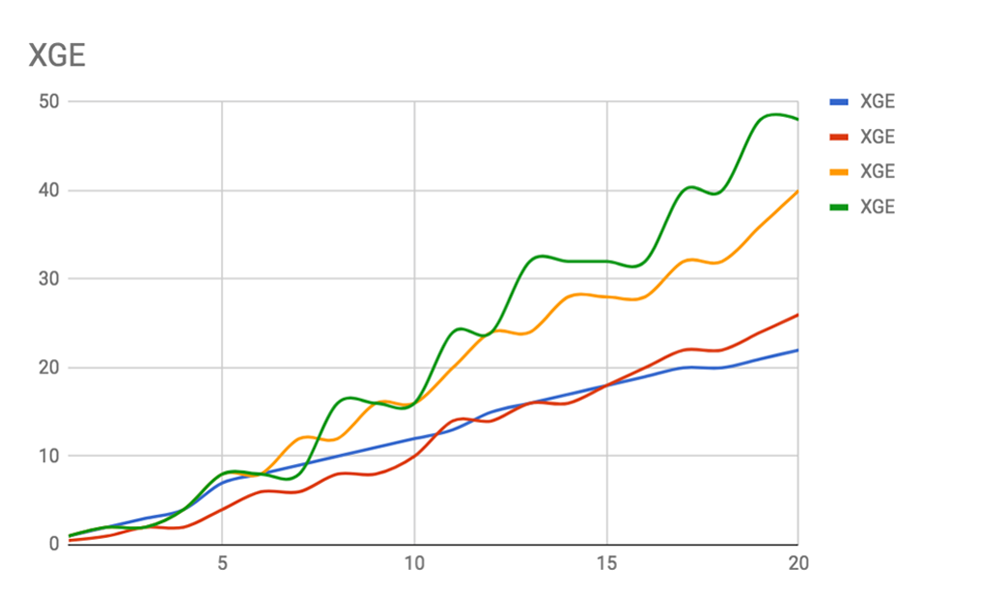 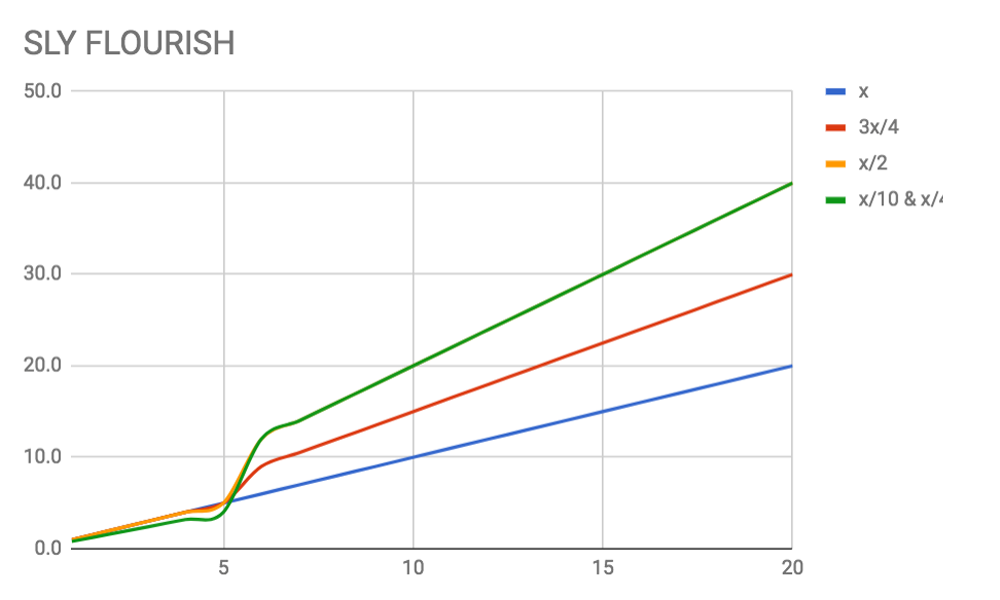 They all match up reasonably well but of course this is all reliant on my having got the right numbers in all the right places in the first place. Feel free to correct me as necessary! I don't think I got Sly's correct as they go a bit strange the greater the number of PCs.

Oddly, my 8 monsters calculation more closely resembles the lethality of Xanathar's which is more deadly than the DMG so it probably doesn't matter and as Mike Shea points out:

[...] all systems to determine the difficulty of an encounter in 5e will lack precision.

A friend at a recent game told me his rule is "CR at roughly half the player's level should be alright" which probably works out fine because when you come down to it, your players are bound to try and befriend the Catoblepas that you pit them against anyway before sending it off to destroy the northern Moonshae isles.