Two years ago I decided I wanted to play Dungeons & Dragons so I went a'questing (ie. looked on Meetup) and found a Merrie Bande of Adventurers™ (fellow nerds) in need of a Merrie Adventure® and ended up being the one forced (at my choosing) into the role of dungeon master.

Now, every dungeon master must decide whether they want to hide behind a physical barrier (a DM screen), commonly in order to cheat fate (fudge their dice rolls), or to not give a monkeys and roll in the open.

I chose the latter but still wanted a quick reference guide to rules so made a small, upright, 12*6" screen that could hold index cards and add a bit ambience to the table.

There were a few examples already out there (see exhibits A, B, C, D, and E) so I took those as a starting point (seriously, there's so much to learn to play D&D) and made my own.

Five versions and two years later I thought I'd share the most useful one I've been using before I go off and redraw it again. 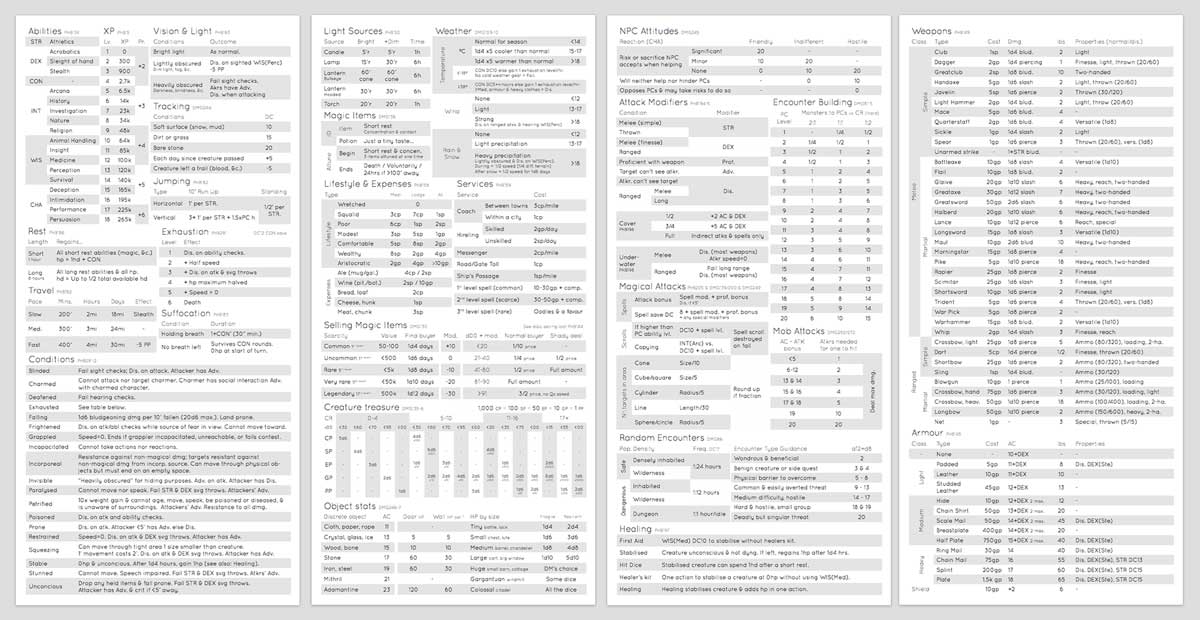 Page one deals with PCs; page two, their environment; page three covers encounters; and four is dedicated to weapons and armour.

The table breakdown is as follows: